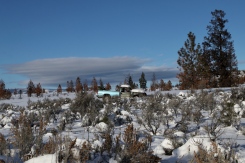 An abandoned car sits near Barnes Lake in Ashcroft, B.C., on Jan. 10, 2022, part of area that had previously been impacted by the 2021 Tremont Creek wildfire, which burned nearly 63,000 hectares. A damaged car at a Killiney Beach property on Aug. 24, 2021, one of the Westside Road areas near Kelowna, B.C., impacted by the White Rock Lake Wildfire.

A child sits on a woman’s lap outside of the entrance of the Ki-Low-Na Friendship Society in Kelowna, B.C., on Sept. 29, 2021, during the group’s ceremony for the first National Day for Truth and Reconciliation on Sept. 30. 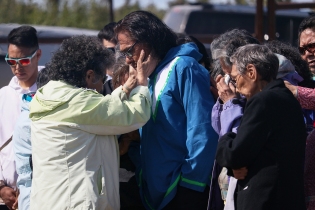 The lives of three boys who ran away from the Stringer Hall residential school in Inuvik, N.W.T., in 1972 were honoured at a ceremony in Inuvik on June 6, 2019. Bernard Andreason, Dennis Dick and Lawrence Jack Elanik were no older than 13-years-old when they set out on foot to return home to the neighbouring community of Tuktoyaktuk, a journey that spanned two weeks. Andreason managed to make it home, but his two friends died along the way. During the ceremony, Elders and family members of the two boys prayed over Andreason, centre, who turned 58 that August. 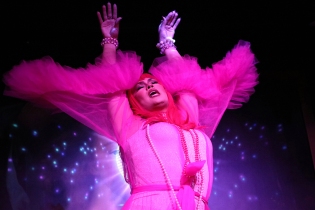 Jimmy Kalinek soars high in the sky during a blanket toss activity that was hosted during Inuvik’s National Indigenous Day celebrations on June 21, 2019. Shot for Inuvik Drum 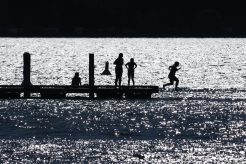 A Kelowna General Hospital patient watches a protest against COVID-19 health measures unfold outside of the hospital on Sept. 1, 2021. 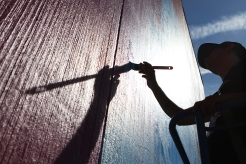 Syilx artist Sheldon Pierre Louis works on mural outside of the Gospel Mission shelter in Kelowna, B.C., on Sept. 7, 2021.

Two-Spirit drag queen Ella Lamoureux, also known as Dustin Dufault, does one final makeup check at her Kelowna, B.C., home before leaving for a performance at the Friends of Dorothy Lounge on Oct. 1, 2021. 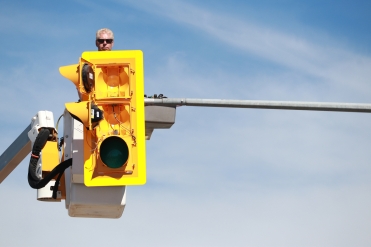 Ashcroft Indian Band Chief Greg Blain stands near burned trees in Ashcroft, B.C., on Jan. 10, 2022, part of an area that had previously been impacted by the 2017 Elephant Hill wildfire, which burned more than 190,000 hectares.
Loading Comments...